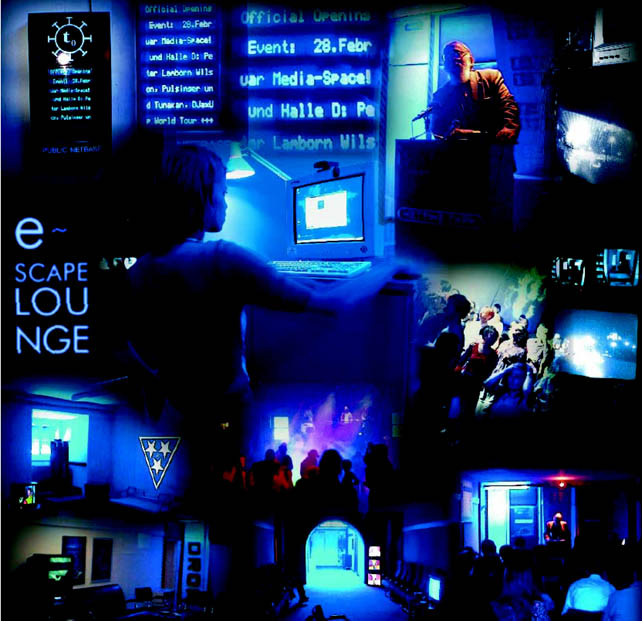 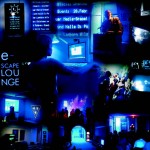 From 1993 to 2006, Public Netbase was global node for critical network culture and media arts. But it was far more than that, it was also an intelligence organization in the public interest, a training center for artistist and political activists and grew into vast repository of radical theories and cultural practices.

FS: In 1993 you founded Public Netbase, which quickly became one of the key nodes in European Internet culture. How did it get started and what were your main activities?

KB: At the time, the Internet was still a very exotic thing in the cultural field. So we provided a lot of simple and practical things, like access to the net when bandwidth was still very expensive, access to tools, an e-mail address and a “homepage” but we also supported more advanced projects by artists, activists and social groups. Beyond that, it was about being a node in an international network of critical practices and intensifying an exchange of ideas and practices.

As an online platform Public Netbase soon became one of the most frequently accessed cultural websites hosting an ever increasing range of material for radical theories and cultural practices. As a shared physical space in the centre of Vienna we hosted workshops, lectures, presentations, performances, conferences and exhibitions. We covered  issues ranging from the First Intergalactic Conference of the Association of  Autonomous Astronauts (1997) who worked on “space travel any means necessary”, to issues that have since become very mainstream such digital human rights and information warfare (Infobody Attack, 1997; cyber.rights 1997; Information Terror, 1998) and cultural commons ( Open Cultures, 2003). As a result, we became a meeting point – probably the only place where high-ranking members of the cultural establishment rubbed shoulders with cyberpunk radicals.

FS: During the 1980s you also worked as a musician and media artist, often in underground, collective and anonymous constellations  (for example, releasing electronic music as “Monotonprodukt”).  But with Public Netbase, you chose to create a highly visible institution as your artistic practice.

KB: Initially it started as one of the first web-servers in the domain of arts and culture (hosted, somewhat inofficially, in a research department of the general hospital as they were no providers at the time). Suddenly there was a window of opportunity to influence the situation, through hands-on practice, cultural work but also by engaging directly with policy makers.In nascent, undefined fields, artists can make a difference as agents of change.

You need a well-organised group to handle this level of complexity. And even temporary interventions by independent groups need a framework to be able to emerge spontaneously. At times the number of regular staff on the team rose to two dozen or more.  The ambition was to go beyond tactics and venture into the guarded domains of strategy and operations.

In doing so Public Netbase embraced a different artistic vision from past models of the solitary genius but it was also positioned against the emerging model of the creative industries or Me Inc.. It was about a collective transdisciplinary practice based on processes instead of aestheticised artefacts. It was a joint effort to get our hands on the tools that shape the imagination – the weapons of the future.

FS: Public Netbase was always intensely local and international at once. What made this possible at the time?

KB: A lot of the people in whose work I was interested were spread all over the world. Vienna in the days of the Cold War was brooding in self-centred cultural isolation and even simple long-distance calls were prohibitively expensive. In the late 80s and early 90s the underground scene of house and rave already became somewhat of a global network thanks to cheaper flights and communications. It became it clear that marginalised groups from all over the world could exchange, organise and share their resources. With the advent of the Internet, this reached an entirely new dimension. Of course there were also local bulletin boards operating in Vienna, but we were much more interested in the vision of a truly global network. At the same time we intervened in the local cultural dynamics and use “eyes-on-the-ground” intelligence to influence outcomes.

FS: You coined the term “cultural intelligence” in the mid 1990s. What does it mean? And how did it inform your practice as an artist and as the director of an institution?

KB: Cultural intelligence agents demystify the power of media over matter. You could say that cultural intelligence uses the technologies of the imagination to tell another story, or to provide an informational context for others to change the rules and play a different game.

One of the assumptions we worked with from the beginning was that if we were talking about the information age, we should talk about disinformation. Information is not distributed equally, and this is where intelligence work comes into play. In the 1990s there was a huge rise in all kinds of business-driven intelligence, a booming market for opaque agencies. On the other hand there was (and still is) a big need for independent inquiry that is in the public interest instead of political spin or a profit-seeking agenda.

Another assumption was that the culturalisation of military operations (other than war) was increasingly displacing coercion as a tool. The instrumentalisation of culture was stepped up in the Cold War and in 1999 Fidel Castro announced to UNESCO that “culture will be the weapon of the 21st century.” Images are always “artistic”, what an artist can do is play a role in analyzing how they construct realities. Unveiling and hacking the constructions of mediated reality, artists can do more than provide affective stimulus in aestheticized production-cycles. We called this the politics of hyperspace, to point out that the virtual and the real, the symbolic and the material, are coupled; the cybernetic inside and outside are connected. Remember, this was a time when others were fantasising about declaring cyberspace independent.

On a practical level this translated to quite diverse activities. Artistic interventions, for instance, were directed at the cultural positioning of the Museumsquartier (where we were located at the time). Ongoing operations targeted the Karlsplatz to influence the urban development of a central Viennese square. A number of high profile interventions where staged there – including Nikeground  (in collaboration with 0100101110101101.ORG), a fake branding project to counter the corporate take-over of public space ; a counter-surveillance project with drones S77CCR (in collaboration with Projekt Atol) focussing on drone-surveillance, or the Public Mediacamp in 2004. While realising rather large exhibitions on technologies of control and the need for a public infosphere in institutions like the “Vienna Technical Museum”, on street level we were also involved in giving a voice to the opposition to the new right-wing government that came to power in 2000 – and to provide covert communication support.

This lead ultimately the the demise of the project. We always aimed at moving from purely symbolic to strategic action, to shape social dynamics through series of cultural projects. One could say that we became too successful and antagonized the public funding bodies beyond repair. All funding was cut from the city by 2006 and we had close. But we rebirthed ourselves the same year as World-Information Institute which is active to this day.